Our Afternoon School teachers are committed to TTSP, our mission, their subject matter, and most of all to our students. 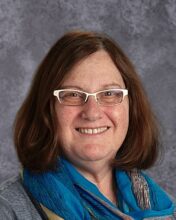 Her journey into Jewish education was fostered by her close relationship with her grandparents and parents who lived Jewish values and practiced Jewish ethics. A native of Minnesota, Heidi grew up in St. Louis Park, participated in Jewish life, attended Jewish camps, youth group B’nai Emet Synagogue, and graduated from the Talmud Torah of Minneapolis’s Midrasha program.  Interested in theater, education, and Jewish studies, Heidi attended the University of Minnesota where she graduated with a degree in Elementary Education and a minor in both theater arts and Jewish Studies. Heidi taught in both the public and private sectors before going back to the U of MN to receive a certificate in early childhood and kindergarten education. Heidi traveled extensively as a recipient of the Mann Teacher of the Year Award and the National Grinspoon-Steinhardt Educator Award.  Her travels took her to Lithuania, Russia, Italy, Spain, Morocco, Turkey, Greece, and Israel to learn about Jewish diversity, culture, and history.

Heidi’s interest and passion for social justice, inclusion, and diversity brought her to Temple Israel, as Director of Education for the “Na’aseh V’nishma” teen program, where she spent several years developing and implementing an education program for teens and their families prior to coming to the Talmud Torah of St. Paul.  Heidi is also the proud parent of 4 children and 4 grandchildren. 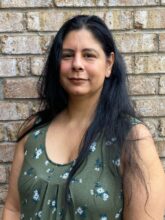 Nathelie earned her bachelor’s in English Language Arts, Linguistics, and ESL at Oranim, and her M.A. in Hebrew as a Second Language and Education from Middlebury College in 2019.

In the past, she taught CIS classes and adult classes for Talmud Torah, so she is no stranger to the Talmud Torah family. She most recently taught the International Baccalaureate Hebrew language at St. Louis Park High School. Nathelie was the founding director of Hebrew and Israeli studies at Agamim Classical Academy for six years and wrote the curriculum which is taught at the school. She taught k-8th grade. Before working at Agamim, she taught 3-8th grade at the Minneapolis Day School.

Nathelie is fluent in Hebrew and has lived in Israel for 20 years, where she taught English as a Second Language. She is passionate about Israel and Hebrew and continues her education in Torah studies. She has three daughters and enjoys traveling, music, and spending time with family. 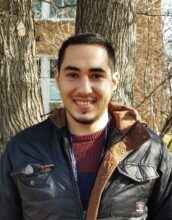 Noi Maodi moved from Israel to St. Paul with his wife, Sophia, in 2016. Born in Be’er Sheva, Noi lived most of his life in a small settlement called Yated in the south of Israel. He went to Yuvalei Habsor Elementary School and graduated from Nofei Habsor High School in 2012. He served in the Israeli Defense Forces as a Sergeant in the Kfir Brigade of the Infantry. Noi graduated from Saint Paul College with a Health Science degree. 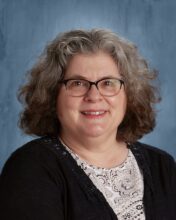 Toby Saide Meirovitz is a Midrasha graduate of Talmud Torah of St. Paul. As a child of Holocaust survivors, she grew up in a home filled with yiddishkeit, one of memorable Jewish sights, sounds, smells, and tastes. At the University of Minnesota, she earned a BS in sociology as well as several graduate credits in industrial relations, resulting in a career in HR management. Subsequently, her passion shifted to education, first working as a substitute teacher, then as a special education paraprofessional in ISD 197 where she continues to work in the high school. She took courses in teaching methods at St. Catherine’s University and participated in various professional development opportunities. Toby was recruited by TTSP to provide differentiated instruction, both one-on-one and in small groups. She now teaches beginning Hebrew and Jewish studies, continuing to support each student’s individual needs. She strives to design engaging and meaningful classes while fostering each child’s success in a nurturing, yet spirited environment. Outside of work, Toby especially enjoys time with her family, surrounded by much love and laughter.

Rabbi Yosi Gordon has been teaching since 1957 and has been teaching at Talmud Torah of St. Paul since 1978. Before joining Talmud Torah of St. Paul, he attended Camp Ramah for fourteen summers, as a camper and staff member. He earned degrees at the University of Wisconsin, Madison, and at the Jewish Theological Seminary, where he graduated as a Rabbi in 1972. Yosi also studied at the Hebrew University in Jerusalem for three years. Rabbi Gordon worked as Associate and Acting Principal of the Los Angeles Hebrew High School.

In 1978 he came to St. Paul, where he directed the Talmud Torah of St. Paul for twelve years and helped found Talmud Torah of St. Paul Day School. He taught courses in Jewish studies and literature at the University of Minnesota, St. Olaf College, and Hamline University. He has also published textbooks and articles in Hebrew language and Jewish studies and is a winner of the 1990 Covenant Award in Jewish education. Yosi served for 20 years as Rabbi at Temple Sholom in Eau Claire, Wisconsin, where he was known as the Chief Rabbi of the Chippewa Valley. He is now teaching at the Talmud Torah of St. Paul Midrasha, including in the new MOJU program of live, online Jewish and Hebrew Studies.